timendi causa est nescire
Ignorance is the cause of fear.

damnant quod non intelligunt
They condemn what they do not understand

primum, non nocere
Above all, do not harm

“Among creatures born into chaos, a majority will imagine an order, a minority will question the order, and the rest will be pronounced insane.

Louis Riel died at age 41 on November 16, 1885 inRegina, where he was executed for treason. Riel was born on October 22, 1844 to Louis Riel Sr. and Julie Lagimodiere, in the Red River Settlement, St. Boniface (Winnipeg). Riel first left home at the age of fourteen to study for Priesthood. He was funded by Archbishop Tache of St. Boniface, a generous patron who saw Riel as a serious and gifted student. Riel was faithful student, and scholarly; he spent his spare time composing poetry, with lines such as this: “ in pain he consumes his days, a brim with bitterness.” Riel was thought to be a misunderstood hero.

Riel replaced the current President of the Provisional Government in 1869, continuing on to help pass the Manitoba Act, which allowed First Nations entitlement to the land that was already in their possession. Although the Government of Ottawa disagreed with Riel’s choices, he was a brave man.

In 1872, Riel traveled toSt. Paul,Minnesotaon a voluntary exile, to reduce the tension betweenQuebecandOttawaduring the time of the Red River Rebellion. In 1881 Riel moved toNew Yorkwhere he met and married his wife, Marguerite Monet, and they continued on to have three children. Riel obtainedU.S.citizenship in 1883, and moved toMontana, where he began his teaching career in 1884.

December 8, 1875 was a major turning point in Riel’s life. After attending a mass inWashington,D.C., Riel had a vision of himself being anointed as a prophet of the new world. Rather than being an exiled man, and a failure of a political leader, he now viewed himself as the voice of God, a thread of hope for his Metis people. Riel’s body was released to his mother inManitoba, with the assurance that there would not be a formal burial.

Pantomime in writing, and pantomime in acting are different. In writing, a pantomime is basically a chunk of words used to describe a person, situation, feeling, etc. Pantomimes don’t include dialogue, and they often use exaggerated descriptions. See the example below, which I wrote using a prompt. The prompt was: a mother is nervously waiting for her daughter to come home, it is 3:00am, and she is smoking. Here it is:

Her mother paced the living room, accidentally knocking over a small glass vase, but she paid it no mind. She glanced at the clock; two minutes had passed. She took a seat, and rocked, taking long puffs from her cigarette. A moment later she jumped to her feet, and thrust her face against an opening in the blinds. Still not here. Her mother snuffed out her half-cigarette and proceeded to light another stick of tar inhaling deeply. She tapped her fingers lightly against the surfaces she passed, counting to 60 as she went. She glanced at her watch; two more minutes. As the silence grew stronger around her, the louder blood pumped within. Her mother soon found herself eye-to-eye with photographs of her, all the way from pre-school. She bit her lip, and hustled to the window for one last look; a street lamp flickered down the road, then ceased to glow altogether.

Flash fiction is a short piece of writing, generally 250 words, so it doesn’t give a lot of time to build the characters, plot, and setting. Flash fiction typically focuses on one aspect and describes it in depth. The end of flash fiction pieces usually sport a twist. Here is an example of a character-driven flash fic.

“Mr. Groundhog should be here by now!”
“Maybe he ran into difficulty?”
“Mr. Groundhog is dead! Mr. Groundhog is dead!” the words drifted over the crowd, first in a murmur, which turned into a yell.
“Dead? How can this be?” A man in a green and black kilt, and matching cap jumped up. “We must find this wretched murderer!”
The man looked high and low, through wilderness and town, but he didn’t notice anyone acting suspiciously. He decided to take a break at the Inn, and was just stepping inside when a man dressed in identical attire stepped out.
“Why are you dressed like me?”
“Uh… why are you dressed like me? Sheriff! Sheriff!” the impersonator hollered, waving his hand at a plump man who stood across the street, a few doors down.
“What have you done with Mr. Groundhog’s body? Tell me now!” the man growled, as he frisked the impersonator. He pulled out a vial of pink-tinged liquid, which was thin and translucent.
“Sir, sir! Get away from there, I tell you, get back!” the pudgy sheriff had jaunted across the street, and clamped the man’s wrists in shackles. “And what’s this? Poison! You killed Mr. Groundhog! What are you doing talking to yourself anyhow, sir?”

Here’s a poem I wrote (can you guess who it’d dedicated to? <3) Riley and I have been dating going on 21 months! We have our ups and our downs, but all in all I can’t see myself with anyone better, and at the end of the day I’m as happy as I could be. Here’s a poem to help you understand…

Although it may sound sappy,
when in your arms I am ease;
I feel free, un-judged, and happy,
I feel whole, I feel complete.
You hold my hand each time I fall,
and you always care for me;
you fill my heart with strength,
and when I’m blind you help me see.
Every breath you share with me
helps me feel like I belong,
and with your heartfelt melody,
I could sing the sweetest song.
You look into my eyes, and kiss me;
suddenly stress disappears,
but when it all just bubbles up,
you wipe away my tears.
Your ambition is contagious,
and it makes me want to dream;
I can be ambitious too,
it’s easier than it seems.
I must return the favors,
not out of guilt, but choice;
you make me want to help you out,
when I hear your martyr voice.
Although it may sound sappy,
I thrived when we did meet,
I felt calm, at home, and blissful,
I felt whole, I felt complete. 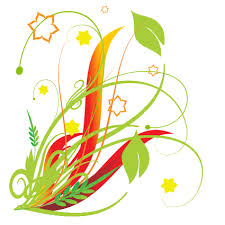 hopesaddiction
Create a free website or blog at WordPress.com.